Reshaping what's possible. The Renuvion system is intended to be used for the delivery of radiofrequency energy and/or helium gas plasma for electrosurgical cutting, coagulation and ablation of soft tissue during open surgical procedures.

Renuvion Cosmetic Technology is reshaping what's possible for your practice and your patients. Renuvion allows for the application of heat to tissue in a way that was never before possible. It is used a part of minimally invasive procedure. The device is inserted under the skin and activated in a retrograde fashion. As the device is drawn through the tissue, the plasma stream couples with, and delivers energy to the closest tissue or structure.

During this coupling, the heat is delivered in two ways. The first is the direct contact with the helium plasma itself. And the second is with the flow of the proprietary RF energy through the plasma and into the tissue.

During application, the vast majority of the energy is delivered directly to the fibro ceptil network. Which maximize soft tissue contraction. This technology is unique in that it can quickly heat the subdermal tissues to maximum contraction temperatures while minimizing thermal diffusion to the skin surface.

Collagen contraction is resulting from the controlled heating, which allows for some immediate tissue contraction. But full long-term effects will not be seen for six to nine months. As the body goes through the healing and neo-collagenitis stages. 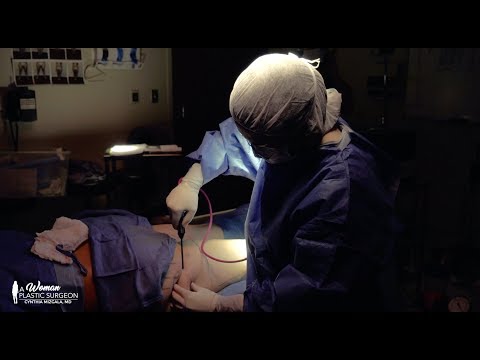